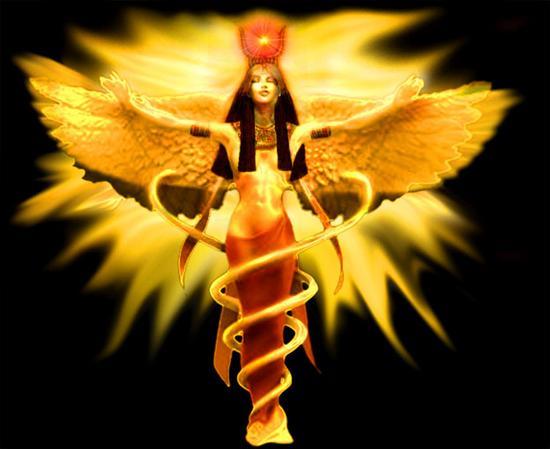 I believe it is time to talk about what Isis means to me and my journey with her. A journey that I am sure has only just begun.

On November 11 last year I went to have a Transformational Healing* with Heidi Bartz. I had no idea what to expect but I had this feeling of something important building in the days leading up to my appointment.

I had my eyes shut throughout the experience and I kind of went into a blissful altered state. I am not someone that can sit still for over an hour with the mind being quiet. But in this case I completely lost time and it was an amazing occasion.

I remember sitting there and going deeper into my meditative state and Heidi said,
“We welcome you Isis and thank you for coming here today.” Or something very similar to this and I just started crying, I couldn’t control it she was just so beloved to me. I was so overwhelmed with a remembered reverence for Isis and I was so awed and amazed that she had come forth. I of course had no idea nor expected to feel her but I cannot deny that I felt her loving presence in that room with me.

Afterwards Heidi told me that I had been one of seven High Priestess in an Isis Temple and that I had some wounding from that past life. She healed that wounding and told me that Isis had returned and she saw them putting the golden serpent bracelet back on my arm. I was pretty out of it and I am sad to say that I don’t remember everything that she told me. The word initiation I remember and that pretty much sums up the next month or so of my life.

After coming away from that healing I was initially confused as to what to expect. Would I suddenly have Isis come and communicate with me? I felt such a close connection to her that just her name could bring a tear to my eye for the week after. I went through ego doubts and ego emotions where I felt really special… and then I just came back to realising that I still had no idea what Isis meant to me I only knew she was important.

For the rest of November I kept running across information about Isis all over the internet and in books. Even in conversation with friends and random people I didn’t know very well. I came to realise that Isis was one of the Archetypal Goddess of the Divine Feminine. That she was special but only one of many Archetypal Goddesses that are on earth.

This became clearer to me when I spent a week in Singapore at the end of November. I went into a Kuan Yin Temple and through a funny series of events ended up ‘accidently’ staying in the temple for about 20 mins in which I had nothing to do but meditate.

It was while I was sitting there waiting for friends that I started talking to Kuan Yin in my mind. I thanked her, wished her well and then before I could wonder why – I was blessing her. I kind of froze for awhile and thought what am I doing blessing a goddess of mercy?

But I soon realised that this is one step that we must all take if we are to realise that we are all one. Because we are one with each other, the trees, the grass, the animals and we are also one with the gods, goddess, angels and devas. It such a scary thought but it is true. I am just as powerful and amazing as Kuan Yin, while I understand this in my head and I sometimes have moments of this realisation in my heart. I have to admit that most of the time I am trapped in the 3D reality that limits myself and puts labels on myself.

I remember sitting in meditation and telling Isis that I have no idea what she wanted from me but whatever she needed I would do. I surrendered to her and welcomed her into my body and then I told her that I would just trust that all would become clear.

It has taken two months but I have started to notice the difference and I have started to see what Isis means to me. By asking her for help and surrendering to her I opened up a part of myself that I was unknowingly keeping closed. The Divine Mother Energies.

Isis is the Goddess of a Ten Thousand Names. But what she is most well known for and what she originally embodied was the Divine Mother. I now have the most amazing relationship with kids, something has happened to me on an energetic level because I get the most amazing hugs from my friends kids. Animals are also feeling connected to me and people or animals who are wounded, feel safe with me. People open up to me and tell me things because they must understand that I am not going to judge them, I think I make them feel safe.

These are new concepts to me and things that I am only just working out. The reason I am writing about them is not because I am special in any way but because it is important that people start opening themselves up to the Divine Feminine.

I believe that Isis has shown me how to embody and live with the Divine Mother energies that were always within my body. It was once sacred to be a mother but now in society it is considered strange because so many woman have to work as well as be a mum. I feel like the return of the nurturing earth mother in each of us – man, woman and child is so vital at this time. Start by nurturing yourself because that is the first step to opening yourself up to the Divine Feminine.

The interesting thing is I am not a mother but I can still feel that soft heart-warming feeling for everyone. I often feel the Divine Mother Energies for men and women who are either wounded or lost.

It is my belief that the Divine Feminine is anchoring back into the planet and that it is time to start remembering all aspects of our Divine selves. When I am comfortable with my Divine Mothering Energies I believe Isis will initiate me into another aspect of the Divine Feminine and I will start unlocking my true potential one step at a time.

*Transference Healing has been gifted to humanity to support the anchoring of healing, light, love, hope, unity, faith and ascension onto the planet. It is a divinely channelled teaching, healing and ascension modality that aims to support us in our reconnection to Spirit, and in doing so enhance our own self-healing potential. http://www.transferencehealing.com/home/index/2579/1/what-is-transference/the-transference-philosophy

One thought on “Isis”